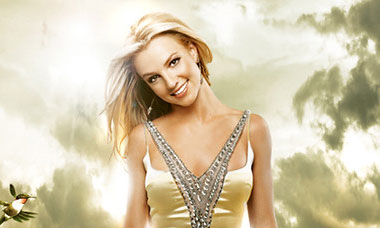 Today, Britney Spears’ mental breakdown has become the stuff of memes. There’s even a line of coffee mugs featuring the slogan, ‘If Britney can survive 2007, then hell, you can survive today!’ (Yikes). 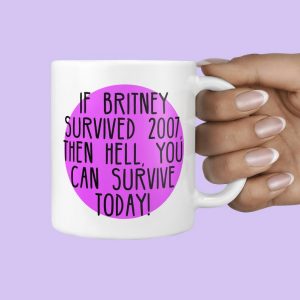 And while nobody likes to have their bad days broadcasted– how would you feel if your mental breakdown became national news??– the fact remains that it happened, and that it left the nation with a lot of questions, questions that are even still relevant today. That’s because during the early stages of her meltdown, Britney made a lot of weird choices that seemed to be both connected and totally separate from each other at the same time. From shaving her head to getting into somewhat inappropriate relationships to a full-on depressive spiral… yeah, it was pretty confusing. But that’s kind of the most important point: human behavior doesn’t always make sense, and celebrities are no different. And while celebs don’t owe us an explanation for their life choices any more than we’re on the hook to explain ourselves to everybody else, it’s still helpful to get an inside peek at what’s going on here. So, let’s take a closer look at the psychology behind celebrity shenanigans.

The Social Psychology of Stress

When we think about being famous, most people tend to focus on how much fun it must be to be in the spotlight, to know that everybody know your name, and that people get so excited about your very presence that they’ll line up to take a picture of you doing something as average as coming out of the gas station. But very rarely do we think about the problems associated with fame, like the pressure of being a celebrity and the fear of letting your fan base down by failing to create content that’s popular enough. This is especially prominent with singers, songwriters, and dancers– and Britney happens to be all three. Because of this pressure, it stands to reason that things which started out as fun– like sharing your passion for music with the world– suddenly become a stressful nightmare.

And in fact, that’s exactly the reason Britney provided for her behavior in an interview with Israeli newspaper Yediot Ahronot. “From an early age, I always felt that everyone was testing me,” she explained. “If [something] was not in place, it would have been enough to get me to this point of anxiety. I could get overwhelmed by a lot of very small, disproportionate things.” She also went on to remark, “I think I had to give myself more breaks through my career and take responsibility for my mental health. There were many decisions that were made for me and that I didn’t make myself.”

And when you think about it that way, it kind of makes a bit more sense, doesn’t it? Because human behavior is best analyzed through the lens of sociocultural factors, and that’s because we’re all indelibly marked by our society and our interactions with other people. After all, social norms define the rules of our every interaction and structure our conceptualization of appropriate behavior in society. Don’t believe me? Just think about how social media impacts our feelings about body image! So, if we can internalize feelings of worthlessness based purely on the repeated inference that our body type doesn’t match up with a social standard of perfection, how much worse must it be for a celebrity whose every action is judged by the media??

In that respect, fame made Britney Spears’ mental health even worse, because even once she recognized that she needed to take a break and address her personal struggles, the media continued to antagonize her on a daily basis, constantly speculating on– and outright attacking– her every choice. One notable example is the time when paparazzi captured Britney driving with her son on her lap and many people began humiliating her for poor parenting. As the tabloid headlines amped up and the humiliation from her fans increased, it’s no surprise that Britney’s stress levels rose too, building until she lashed out by attacking a tabloid reporter’s car.

What’s Love Got to do With It?

The same is true when it comes to understanding Britney’s seemingly chaotic and complicated love life. Although fans and critics alike were alarmed at her 55-hour marriage to Jason Alexander, followed by her quick and controversial rebound with Kevin Federline, even these choices become more understandable when you examine the impact one’s family history has on relationship-building. Because while it’s unfair to blame all our life choices on our parents, the fact remains that we are profoundly impacted by what we see modeled in our families from an early age. And in the case of Britney Spears, that model involved a history of very tumultuous relationships.

By the age of four, she had already seen her parents divorce after a marriage fraught with alcoholism, infidelity, and conflict. So it stands to reason that, lacking any examples of strong and loving marriages on which to model her own, Britney may well have felt lost and confused when it came to cultivating her relationships. But unlike ‘ordinary people’ who have the freedom to flounder through life without excess scrutiny, the trauma of Britney’s already-rocky love life was compounded by national shock and outrage over the length of her marriage. (In the wake of pressure like that, wouldn’t you have a bit of a breakdown too?)

Another seemingly odd choice was her marriage to Kevin Federline, not long after her split-up with Jason Alexander, a decision which garnered additional media outrage. Because although Federline had recently broken up with his pregnant partner, Shar Jackson, the public largely blamed Britney, considering her the cause of the split. Now, maybe she was, and maybe she wasn’t, but the fact remains that the court of public opinion isn’t often concerned with truth. So regardless of whether or not Britney encouraged Federline’s infidelity, the negative press generated by their relationship was enough to drive her to end that relationship too.

But if you’re wondering what kick-started Britney’s downward spiral in the first place, the answer is actually simpler than it may seem. Keeping in mind that Britney was very young when she began her rise to stardom– she had her first acting job at the age of 10 and was only 17 when her debut album dropped–we begin to see a very clear distinction between ‘average’ adolescent development and the developmental process at play in a child who’s suddenly swept up in a world of Hollywood fame. This is often especially evident when it comes to developing a sense of personal responsibility, a major developmental milestone which often seems to be lacking in young celebrities. Although this certainly doesn’t have to be the case, it’s common for parents– even very supportive ones, like Britney’s– to focus far more on encouraging their child’s new career than their budding sense of morality.

Thus, because her focus would have been on her music and acting career throughout her entire childhood, Britney– like a lot of teen stars– never really got to just be a kid. So, when we shake our heads at headlines and wonder why some of these celebrities are so immature, a lot of times it’s because… they genuinely are! Having grown up too fast, they’ve never gotten the time to simply grow and mature. So, having grown accustomed to unprecedented levels of success from an early age, a profound emotional loss like the end of two romantic relationships–the sort which we’ve been socialized to believe should last forever– could easily be devastating enough to prompt a mental breakdown.

So, while we may well be shocked by Britney’s turbulent love life or her choice to drink and overdose on drugs in front of her young children, the fact is that these actions are not simple celebrity shenanigans which can be attributed to the rich and famous’ propensity for flaunting social rules. Everyone– ranging from celebrities to serial killers to your next-door neighbor– has a hidden world inside of them, with thoughts, feelings, and histories that can be explained by a good grasp of psychology. All you have to do is ask the right questions to gain access to the truth beneath.

So, if you’ve come to the end of this article and you find yourself asking what the take-away is, the answer is two-fold. Firstly, if you’re looking for news that offers an in-depth psychological analysis of pop culture– great news! You found it! As a mental health professional, one of my favorite pastimes is using my understanding of the mind to shed line on the often-overlooked psychological elements at play in everyday headlines. But if this article resonated more deeply with you, if you find yourself floundering in the midst of a crisis similar to Britney’s, then I can help.

Because chances are, what you’re really looking for is a way to boost your success and confidence, to feel better about yourself and learn to get what you want out of life. And to learn more about achieving just that, you can head over to my site, www.instantkharismaseminar.com for life coaching and confidence training! I’ve helped thousands of people just like you to unlock their full potential and I can do it for you too! Wondering how? For the full story, you’ll have to check out my site, but basically… I teach you how to use your body language to sell more products and services- no matter what line of work you’re in! I’ll show you how to make a greater impact and skyrocket your influence even if you hate public speaking, just have trouble connecting with people, or feel awkward in front of a camera!

If that sounds like what you need, then what are you waiting for?? Let me help you yourself today!

Can Emotions Advance Your Career? Yes they Can!

Finish What You Start: What we Can Learn From Tom Ballard