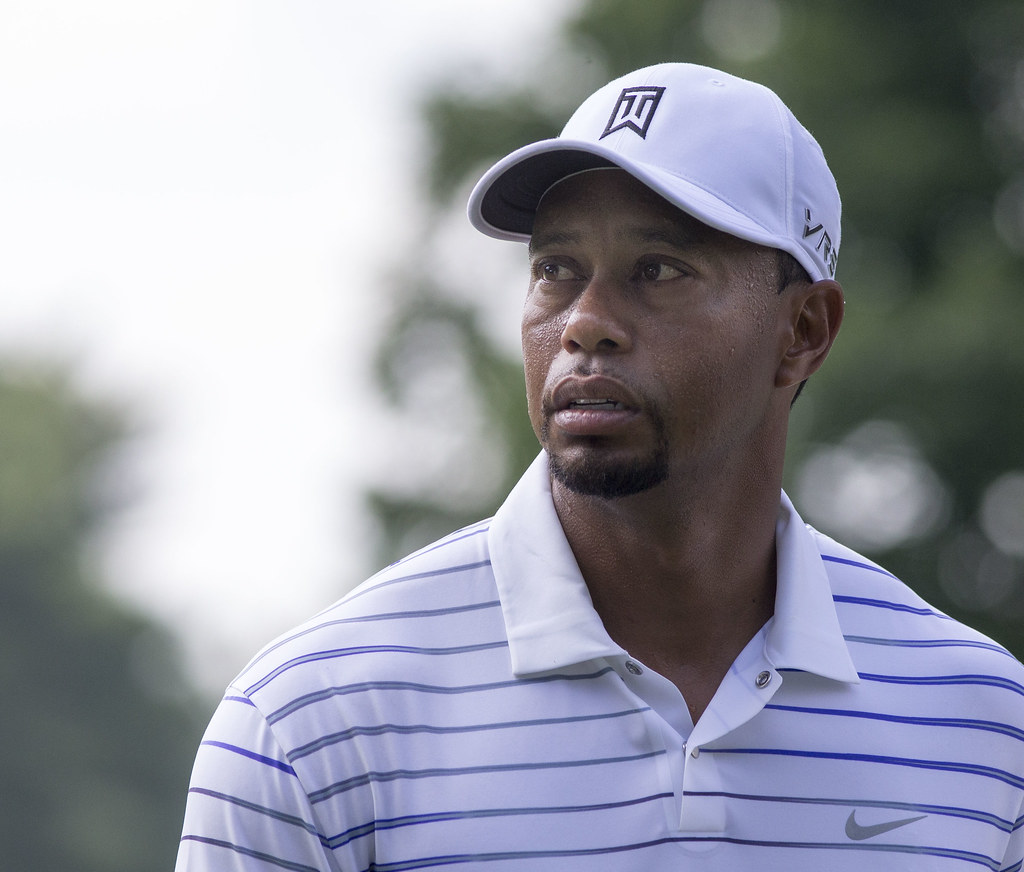 We have to be very careful when reading various news outings, blog posts, and other sources of data which try to label some famous individuals with various mental diseases. Lots of times these kinds of conclusions are hasty, vague, and over-generalized, in a way.

It is not different with Tiger Woods. Journalists across the whole world probably couldn’t believe their luck when a celebrity of his caliber turned out to be (at least apparently) susceptible to all kinds of vices. And the most interesting of them all, is, of course, sex without devotion. Paired with alcohol and other psychoactive substances, and turbulent life full of interpersonal struggles, paparazzi and journalists had more work than they could finish.

In our article, we don’t want to bash or talk condescendingly about all the hardships Tiger Woods went through. We would rather like to provide you with an impartial and objective state of affairs, and, even more importantly, describe the nature of all the mental disorders Woods gets labeled with. Sex addiction, alcohol abuse, prescribed medication abuse, depression, lack of motivation, all these syntagms can often be seen posited in relation to Tiger Woods personality and career.

As always, we will rely heavily on the manual issued by the biggest authorities in the field of psychiatry- DSM 5 (American Psychiatric Association, 2013). However, even the best psychiatrists and psychologist in the world cannot reach a consensus in the field of sex addiction. Although the hypersexual disorder is mentioned in the latest version of DSM, it is actually only a pathway for some future research on the subject of sex addiction and hypersexuality (although these two terms aren’t necessarily conveying the same meaning). No criteria and virtually no statistical data are given in the Diagnostic and Statistics Manual. This is actually a long-standing field of confusion, as the hypersexual disorder was in-and-out of psychiatric books during the most of 20th century, and of course, in the present times.

More specifically, in the present version of DSM, it is mentioned that: “…Hypersexual Disorder (HD) as a repetitive and intense preoccupation with sexual fantasies, urges, and behaviors, leading to adverse consequences and clinically significant distress or impairment in social, occupational, or other important areas of functioning. One defining feature of the proposed disorder includes multiple unsuccessful attempts to control or diminish the amount of time an individual engages in sexual fantasies, urges, and behavior in response to dysphoric mood states or stressful life events” (American Psychiatric Association, 2013). So, it’s not enough for the individual to be preoccupied with ideas of sexual content- clinically significant level of distress that came as a result of hypersexual behavior is also necessary for an individual to be diagnosed with the hypersexual disorder (HD).

It is important to note that hypersexual behavior only worsens during particularly stressful phases of life- we will bear this in mind when developing our ideas on Tiger Woods’ mental state and difficulties he encountered in his life.

Finally, although the description of the disorder in the DSM-5 is rather scant and scarce in information, there are some newer studies that try to ascertain the diagnostic criteria for the hypersexual disorder. For example, Reid (2015) mentions that hypersexuality may be classified in the section of behavioral addictions. Gambling is an example par excellence of behavioral addictions. Reid also emphasized the importance of developing criteria for the assessment of the severity of the disorder. For instance, depression or mania all have quite reliable criteria concerning the severity- manic phenomena can be mild in its expression (when it’s called hypomania) or continuous and barely noticeable (cyclothymia). Manic manifestations can sometimes rise to the level of severe mania with or without psychotic elements. The same stands for depression.

Similar severity criteria for assessing the intensity of hypersexual disorder has been proposed and researched by Reid (2015), and in the following few paragraphs we will briefly describe his work on the theme of exaggerated expression of the sexual impulse.

This is what Reid proposed:

For some behavior to be labeled as hypersexual, at least four of the following five criterions should be exhibited by the individual:

There are additional criteria- for example, the person diagnosed with the hypersexual disorder has to be above 18 years of age. Moreover, the individual has to experience significant psychological distress as a result of her behavior. Persons who indulge in what may seem to be hypersexual behavior, but who don’t feel that they have a problem, in most cases shouldn’t be diagnosed with HD (although other disorders might replace the initial diagnosis).

Finally, HD isn’t something particularly new- back in the day, it was called nymphomania (for women) and satyriasis (for men), although these terms have been replaced as they adopted a pejorative connotative meaning. This was the case with a lot of psychological disorders- for example, hysteria- an ancient term used by most psychologists and psychiatrists in the first half of the 20th century, now falls under the so-called dissociative spectrum of disorders. Similarly, hypochondria, another ancient term was replaced with illness “anxiety disorder” or “somatic symptom disorder”.

Now, although Woods is rather silent about all the mental problems he encountered in his life, we can still consult some news outings and try to infer what might have happened in particularly stressful phases of his life.

We will first mention his relatively recent arrest (it happened in 2017) when he was apprehended for driving under the influence of alcohol. Although this seems to be completely unrelated to his sexual behavior, it isn’t necessarily so. Namely, Tiger Woods, in that period, was going through a particularly hard phase of his career, due to the problems with his back. He was constantly in an out of hospitals, and his career suffered greatly as a result of this. As so many times before, Tiger probably had enough of static, slow lifestyle that he was leading, which led to the subsequent substance abuse and ultimate arrest.

Now, considering that Tiger had some serious issues during his life (divorce, alcohol and substance abuse) and that during these periods all American newspapers were resonating with allegations of his “sex addiction”, it wouldn’t be unreasonable for us to at least suppose that Tiger Woods suffered from the hypersexual disorder.

As our intention here is not to bash or insult Tiger Woods, we will only mention several incidents from the plethora of scandals that unraveled during 2009. This was probably the most stressful year in Tiger Woods’ life, as his marriage began to crumble in that period. It crumbled because his now-ex-wife revealed to the press that Tiger had a mistress. But this was just a beginning- subsequent allegations about Tiger’s intimate life and sexual endeavors were even worse- a lot of women were mentioned in relation to these endeavors, including a well-known pornstar (Van Sickle, 2015; Weinman, 2017). Some media houses even leaked that Tiger Woods actually paid 1 million dollars to one of his mistresses in order to preclude her from going out and speaking honestly about their relationship.

It’s not hard to “reconstruct” the way it all went back in 2009. Tiger Woods probably has a certain predisposition towards hypersexual disorder (it is assumed that this is a genetic predisposition that is reinforced by environmental factors), that he hid well or didn’t exhibit until the aforementioned events. Probably during numerous arguments Tiger had with his wife, his threshold for stress was surpassed. He no longer was able to endure it, and he resorted to what seemed like the most logical solution to him- excessive sexual activity. It is presumed that people suffering from HD are mistaking physical intimacy with psychological intimacy- by indulging in frequent, compulsive, ultimately superficial relationships people like Tiger Woods seek to regain the intimacy they lost, or they never had. Needless to say, sex brings at least some kind of gratification and pleasure, but as this pleasure is only short-lived (e.g. there is no real bonding, love, and mutual understanding) individuals with HD have to indulge in it in an excessive manner in order to get at least a little bit of pleasure. Just as with every type of addiction, tolerance ensues shortly after the initial “honeymoon” period of addiction[1].

Finally, there are few important things to remember- first of all, we have to be careful when talking about HD, as it is still very much a topic of heated debates among psychologists and psychiatrists, and there is still a lot of research to be done. Newspapers won’t tell you this important fact.

Secondly, if there is a disorder that can be labeled as hypersexual disorder, it is probably very close to all the other addictions- meaning that, while people suffering from this disorder are feeling some kind of pleasure when they “let themselves go”, it becomes increasingly harder for them to find this sort of pleasure, as a result of tolerance. Finally, these people suffer quite a bit as a result of their disorder, which is why we shouldn’t adopt a condescending view of their plight and problems.

Weinman, A. M. (2017, May 29). A timeline of Tiger Woods’ most recent troubles. Available at : https://www.golfdigest.com/story/a-timeline-of-tiger-woods-most-recent-troubles

[1] When people are feeling all the benefits of an addiction but when the “side effects” really hadn’t taken place.

How to Build a Lasting Relationship: Secrets From Jason Momoa and Lisa Bonet