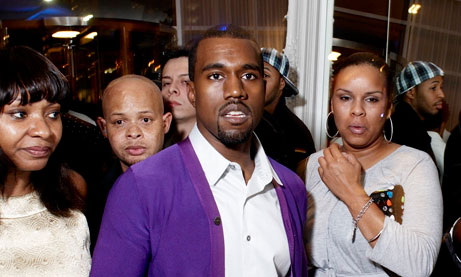 Bipolar disorder, and especially its less energic, mundane aspect- the depression- is the plague of our time. Although it only recently gained enough attention (in media, government expenditure, etc.) it has probably been around since the dawn of mankind. Although in the past we didn’t have the elaborate and comprehensive diagnostic systems we have today, a lot of psychologists and historians agree that we can detect a lot of depressive individuals that lived in nearer or earlier past. For example, researchers are unanimous when it comes to Vincent Van Gogh’s mental state- it is highly plausible that he had depression joined with brief, lucid manic episodes- this disorder is today referred to as bipolar affective disorder (sometimes an old term is used, the so-called “manic depression”, but authors stopped using it as it has some pejorative connotations).

Other famous people in the past suffered mainly from longer or shorter depressive episodes- Samuel Beckett, famous Irish writer, poet, and playwright had a life that was sometimes riddled with extremely distressing periods of depression. At one point of his life, his outlook on life was so pessimistic that he closed himself in his room for nearly a month, while he pondered on the meaning(lessness) of life and suicide. Along with other criterions, these two are very important it contemporary nosologic classifications. And generally speaking, Beckett’s life was much more marked by periods of depression rather than with periods of mania or enthusiasm.

To be diagnosed with the Bipolar Disorder I, a person needs to meet the full criteria for a manic episode, and these include:

Finally, it should be noted that the person suffering from the manic episode has obviously inadequate social and professional functioning- in other words, others around her notice that something is wrong, and the person’s work achievement is below the usual level. Although a manic episode is a sine qua non of Bipolar disorder I, this doesn’t mean that individuals who have depressive episodes besides manic ones shouldn’t be diagnosed here.

Bipolar II is characterized by a visible oscillation between periods of hypomania and depression (depressive episode). Hypomania is, simply put, a milder version of mania. While mania can sometimes take on a severe form (delusions of grandeur, hallucinations, complete lack of control and reality testing) hypomania is milder, in a sense that a person’s professional and social aspects of functioning don’t suffer as much as they would if the person had mania. In other words, a patient with hypomania might continue to function as normal, but only ostensibly- in reality, people notice that something is different. Hypomania also usually lasts a bit less than a manic episode (at least 4 days).

These are criterions for a depressive episode:

Kanye was rather brave to publically admit that he was diagnosed with bipolar disorder (Calvario, 2018). But he was rather unspecific about it, so we can only guess which type of bipolar disorder he was diagnosed with. Let’s then look at some “samples” of his behavior and try to infer some conclusions about his diagnosis. We’ll first try to identify the most important symptoms of each variant of bipolar disorder, and then try to give our final verdict or the so-called differential diagnosis. Of course, this is only an educated guess and is by no means a final conclusion. Also, people change, and in a recent interview, Kanye West stated that he was actually misdiagnosed. Whatever the case, we’ll proceed to our elaboration of the subject.

First and foremost, it seems that Kanye was always extremely talkative. He even admits it himself, saying that:  “I like just talking to acquaintances, friends, family, and I keep them on the phone for 45 minutes at a time, talking through things. It’s kind of narcissistic.”. Of course, this is by no means enough to diagnose him with anything. However, we’ve all seen his Taylor Swift VMA talk, when he got into some serious digressions. And this occasion led us to another symptom of mania- the flight of ideas. Paired with the flight of ideas (fuga idealis) talkativeness leads to some interesting consequences, like when people shift subjects extremely fast and without any connection between them.

Kanye West is no stranger to arrogant, and sometimes completely delusional stream of thoughts. It is also important to note that this “symptom” was present from the very start of his career (Cravedi, 2018). Traces of his disorder are also present in his lyrics, especially in the 7th track of his album YE- where he stated:

Manic people are often talking in superlatives ( like Kanye’s, “I’m a superhero.”). Continuing in the same manner, a lot of people who are diagnosed with bipolar disorder are rather ambiguous about their disorder. This is mainly because the manic (or hypomanic) episode can sometimes be pleasant. Again, Kanye West exhibits this kind of behavior, which is evident when one knows that he wrote on the sleeve of his album: “ I hate being Bi-Polar, it’s awesome.”. Finally, Kanye’s habit of uttering extremely scandalous remarks is probably one of the most well-known characteristics of his. For example, he recently stated some strange things about slavery- when he said that “slavery is a choice”. Of course, something like this cannot pass without the attention of innumerable interesting viewers.

Kanye also admitted that he was addicted to opioids, the habit which he acquired shortly after his plastic surgery. To put it differently, he seems to exhibit the last symptom we’ve enumerated when we’ve talked about manic episodes.

Now, West complicated things a bit when he stated that he was actually misdiagnosed with bipolar disorder (Leipholtz, 2018). What he included as an argument for the misdiagnosis is his alleged lack of sleep. However, the strength of this argument pales when we know that manic people need less sleep. So we’d rather look upon this as another symptom than as something that should bring the diagnosis into question.

So the question is actually just how intensive are his episodes of elated mood. Does he completely lose the connection with reality and enters into some kind of grandiose rant about his own power and might? This is most surely highly probable. To support this conclusion, we might say that West by no means seems excessively depressing, at least not depressive enough to be diagnosed with a major depressive episode (which is necessary for bipolar disorder II).

In all, it seems as if Kanye West has bipolar disorder I, which is characterized by periods of extreme enthusiasm, delusions of one’s importance and power, tangent and irrational associations and speech, etc.

Finally, we must take all diagnosed with at least a hint of skepticism- in the end, mental disorders can be treated, just like somatic disorders.

Calvario, M. (2018, May 1). Kanye West On Drug Addiction, Jay Z, Slavery and More: 9 Things We Learned From His Recent Interviews. Available at: https://www.etonline.com/kanye-west-on-drug-addiction-jay-z-slavery-and-more-9-things-we-learned-from-his-recent-interviews

Leipholtz, B. (2018, October 18). Kanye West Says He Was Misdiagnosed With Bipolar Disorder. Available at https://www.thefix.com/kanye-west-says-he-was-misdiagnosed-bipolar-disorder