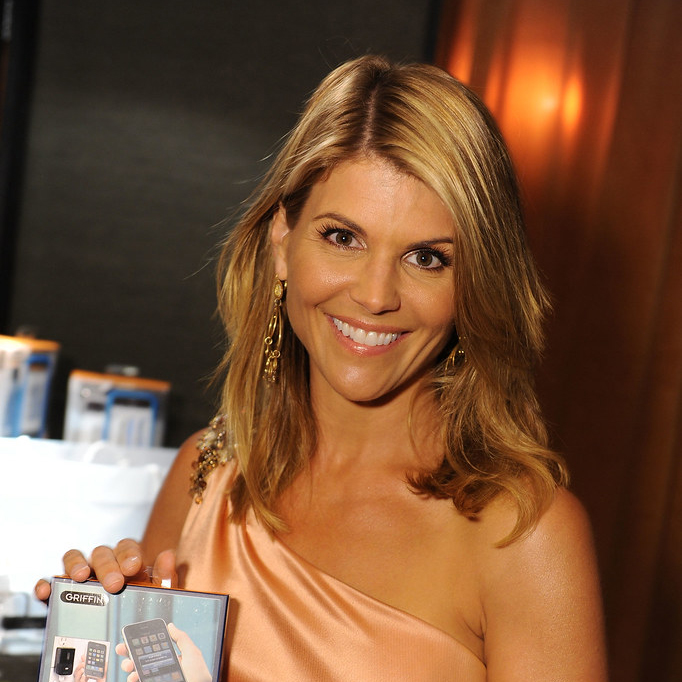 People have cheated, lied, and devised innumerable ways to bypass social rules that are ostensibly adopted by everybody. And this is no secret. We all try to go around what’s socially approved on a daily basis. Just try to remember every time you were late to some appointment- how many times did you come up with some silly story that was meant to justify your lack of punctuality?

Unfortunately, not all deviations from social rules are as benevolent as this one. Too often, one’s immoral actions not only bring shame and disapproval to the perpetrator but also hurt others around him. Today, we’ll try to examine one such situation– Lori Loughlin’s scandal (Bonner & Lundgren, 2019).

As a reminder, Lori Loughlin,  who became rather famous after her appearance in Full House, was recently accused of cheating to get her daughters to a prestigious university. More specifically, Lori Loughlin and her husband, Mossimo Giannulli reportedly committed numerous crimes such as money laundering and fraud, besides others. Additionally, they allegedly spent 500,000 $ (on bribes) in order to get their daughters into expensive colleges.

The question is, of course, why? Why do people rationally choose to cross certain borders? To answer this question, we first have to delineate the most important types of cheating. For example, people sometimes become rather devious individuals as a result of their upbringing and economically deprived situation- in other words, a lot of people cheat simply because they don’t see any other way out. We see this in ghettos. But this is obviously not the case with Lori Loughlin and Mossimo Giannulli. They were extremely famous and wealthy. And here we come to the second type of cheating- a calculated, rational, but practically senseless cheating “practiced” by people like Lori Loughlin and her husband.

We can analyze this problem from a different perspective- cheating or lying can be explained by faulty moral reasoning. In psychology moral reasoning is often regarded as an extremely complex cognitive process. In other words, it’s the process of weighing the pros and cons of a certain action. However, not everything comes down to this. Some psychologists have hypothesized that people weigh the positive and negative consequences of a given deed differently with respect to the motives of their actions (Pettit, Doyle, Lount, & To, 2016). More specifically, Petit and his colleagues have proven that their participants are more inclined to resort to unethical behavior when they are trying to secure their present situations. To simplify it, we’ll give you a short list of everything we’ve said so far:

Pettit, Doyle, Lount and To talk about a then-famous scandal- that shook Wells Fargo in 2013. Thirty employees were accused of forging client signatures. By doing this, they sought to apparently boost their work efficiency, by falsely increasing their sales numbers.  Now, even if this may seem like a typical case of cheating to get a “level up”, it isn’t necessarily so. In an in-depth study of this incident, researchers were able to ascertain the real motives- Wells Fargo employees chose to forge documents in order to avoid being labeled as “bad workers”. In a highly competitive environment, people are insecure about their workplace’s security due to the harsh competition. These Wells Fargo employees simply tried to avoid losing their jobs by fraudulently increasing their work efficiency.

Lori Loughlin- did she cheat in order to hide the fact that her children are incredibly spoiled, or even incompetent?

In this high-profile case, we cannot a priori exclude any of the two possibilities- probably both factors- avoiding negative feelings as well as expecting beneficial consequences- influenced Lori and her husband to try and bribe various academics and somehow get their daughters enrolled on college.

Based on what we’ve said so far, we might add that avoiding negative outcomes (e.g. bad publicity about their daughters) probably played a more important role in the scandal surrounding Lori Loughlin.

Although the dispute still lasts, we think that the matter is quite clear. For instance, Lori’s daughter, Olivia Jade, an influencer, stated, on numerous occasions, that she generally hates going to school and doesn’t care about it. We may ask, how does such a student then get to attend one of the most popular universities in the US?

Finally, Lori and her husband are not the only famous persons to be accused of such a crime. Felicity Huffman and William H. Macy allegedly utilized illegal means in order to get their daughters in college. It is interesting that in both cases women took the major blow- in Loughlin’s case, it’s mostly due to her having a bit more publicity than her husband. On the other hand, William H. Macy seems to be unrelated to the scandal around Felicity Huffman, more specifically, he wasn’t indicted. Felicity Huffman, on the other hand, pleaded guilty (after changing her mind) and now awaits the verdict. It might be important to note that Felicity was brought up in a very wealthy family- while she is indeed a good actor, it seems as if she has an almost pragmatic stance towards her acting- unlike her husband who is obviously “an artistic soul”. What we’re trying to say here is that Felicity Huffman probably learned from early childhood that money can buy everything, including education. It is not impossible that Felicity also owes some of her academic credentials to bribes and other unethical things. When she tried to do the same with her daughter, things went downhill, as FBI organized a massive operation to apprehend the perpetrators of nationwide exam cheating  “epidemic”.

So it’s possible that Lori and Felicity both tried to:

Finally, there are other factors that influence people’s determination to indulge in unethical acts. Some psychologists proved that neuroticism is closely linked with the readiness to cheat (Jackson & Levine, 2002). More specifically, high neuroticism leads increases the likelihood of cheating. Broadly speaking neuroticism is one of the “Big Five” traits, alongside openness, extroversion, conscientiousness, and agreeableness (Weisberg, DeYoung, & Hirsh, 2011). These five traits very nicely explain human behavior and are extremely important in contemporary psychology.

Neuroticism is comprised of 6 “facets”- smaller traits that are closely linked to one another:

In short, depression is the tendency of one person to experience negative, dysphoric, distressing emotions like anxiety, stress, depression, etc.

Now, what does neuroticism have to do with cheating? Well, apparently a lot. Let’s hypothesize for a moment that Felicity Huffman or Lori Loughlin are highly neurotic individuals. This means that they tend to get upset even at the slightest hint of a negative outcome. They are also easily aroused but very slow to calm down. Imagine being Lori or Felicity. You succeeded in life. You’re famous. Everybody seems to love you. But the beings you love the most (your kids) seem to underachieve in their lives. They hate school and all they care about are some social networks and parties. Imagine now how children’s failure might affect Lori’s or Felicity’s self-esteem. “No good mother would let her kids fail at life.”, or similar statements might appear in their minds regularly. And here is where neuroticism “kicks in”. Instead of calming themselves down after these kinds of thoughts appear, people with high neuroticism will overthink, get extremely anxious, and ruminate. Even their sleep might be impaired as a result of such distressing thoughts. And, in order to “solve” their neuroticism, some people will most surely resort to extreme measures, and even face serious consequences just to get those nasty ideas (“My kids will fail in life.”) out of their heads.

Everybody has worries that weigh on their minds, and sometimes those worries are so severe that they drive us to alter our behavior in unexpected ways. In fact, we all act outside the norm or deviate from our own acceptable patterns of behavior in moments of stress all the time. But the key difference is that most people don’t cheat, lie, or steal in egregious ways that make international headlines. And as you’ve probably already figured out, the level of notoriety isn’t the issue: it’s the decision-making that drives the behavior. And it doesn’t matter if you’re a movie star or an average Joe, controlling your thoughts, your decisions, and your patterns of behavior are crucial for everyone.

[1] This is nothing new. In genetics, evolutionary psychology, and other fields, the term negativity bias appears. Negativity bias is supposed to be something deeply rooted in every human being, and it designates our inner tendency to avoid painful experiences even at the expense of more positive ones. To put it differently, people would rather avoid painful experiences even if it means that their capacity for pleasure is diminished. It is supposed that negativity bias appears in numerous mental disorders. Depressive people, due to their melancholy and pessimism would rather stay in their houses and stay secure from any kind of frustration than go out and risk being ridiculed and ashamed. This is negativity bias “in action”.

Can Emotions Advance Your Career? Yes they Can!